Where To Watch My Cat From Hell

How To Take Care Of Your Cat After Neutering

How Old Is One Year In Cat Years

One of the most common themes that runs through the show is cats who seem to have a problem with the partner of their owner. The title of the first ever episode was âHe Hates My Boyfriendâ. Cats are known as territorial animals but not many people realize that they get so protective over their owners. Jackson is able to advise the owners on the way that they can make the cat feel more included in the household and this will usually be enough to start to improve the relationship.

There have not been any new episodes of My Cat From Hell in a while, but the Facebook page for the show still remains fairly active. There has been no news on the page about a new season starting but there are suggestions for other Animal Planet shows that you may be interested in. There are also posts that encourage fans to share pictures of their pets with others. Althought the focus of the page is mainly cats, photos of all pets are welcome.

A lot of the work that Jackson Galaxy does focuses on giving all cats a better chance at a happy life. This includes encouraging people who want a cat to get one from a shelter rather than buying from a private seller. This is something that Jackson talks about a lot in the show as he hopes it will raise awareness of adopting from a shelter as the best way to bring a cat into your family.

Several Episodes Have My Cat From Heaven Segments

In some episodes there is a segment named My Cat From Heaven. This features cats that have gone above and beyond to help their owners in some way, as well as members of the general public. Examples of some stories that have featured in the My Cat From Heaven segment include a cat that saved their owner when they had a cardiac arrest, and a cat without ears that tours schools with its owner to show kids that it is OK to be different.

There Have Been 87 Episodes Of The Show So Far 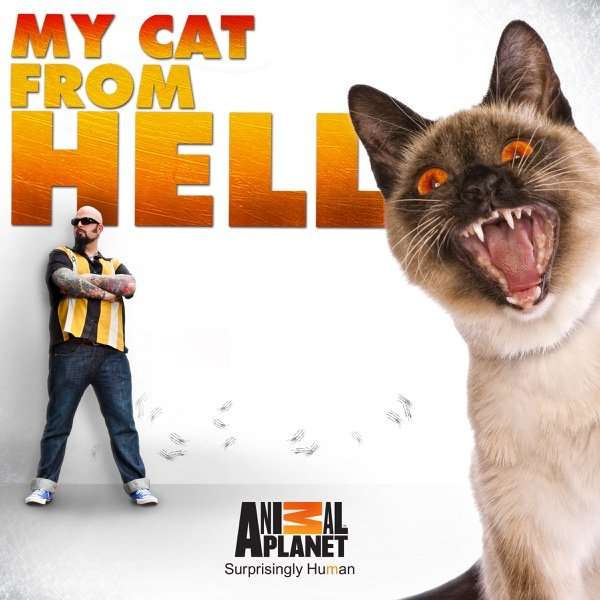 There have been ten seasons of the show that have aired so far, with a total of eighty seven episodes. The last episode aired in September 2018 and so fans have an ongoing wait for season eleven to begin, as any plans to film more episodes have not yet been announced. The show may feature cats that have similar problems, but each cat that is featured is unique in some way, as is the situation of their owners. This is one of the reasons that the show remains so popular as there is always something different in each episode.

You May Like: How Many Calories Should Cats Eat

Watch My Cat From Hell Online Free With Playstation Vue

PlayStation Vue is now available nationwide but live local channels NBC, ABC, FOX, and CBS are only accessible in select locations. If you live outside the major cities, you can enjoy access to live local broadcasts on demand the day after they air. Stream My Cat From Hell by using PlayStation 3/4 consoles, iOS devices. O ryou can watch on your TV with Amazon Fire TV or Chromecast.

My Cat From Hell is a very useful show for anyone who owns a cat to watch. This is the case even if your cat does not usually behave badly. Understandind the reasons why cats behave as they do could help you to stop problems developing before they even start. As well as talking about the behavior of cats, Jackson also gives practical advice regarding taking care of cats that most owners will be able to take on board.

You May Like: How To Stop Cat From Scratching Door

The Show Has Not Been Officially Cancelled

Even though it has been over a year since the last episode of My Cat From Hell aired, no official announcement has been made about the future of the show. This gives fans hope that an eleventh season will be made at some point. One of the reasons why a new season may not have happened yet is that Jackson is taking his Cat Mojo show on tour at the beginning of 2020. The details of this show can be found on his official site.

An episode in season nine saw actor Eric Roberts and his wife call on Jackson for help with their cat. Their blind cat had gone missing but the couple were sure that he was still around somewhere. They suspected that he might have been jealous of some new kittens that are a recent addition to the family. AV Club have praised Jackson for treating Eric and his wife the same as he would any other couple. Eric Roberts has been the only celebrity to star on My Cat From Hell to date.

Recommended Reading: How Many Calories Should Cats Eat

How To Watch My Cat From Hell Online Without Cable

Cats may be cute and cuddly, but they can also be ill-behaved menaces. Since 2011, cat lover and cat behaviorist Jackson Galaxy has toured America to help people and their cats live together in harmony. Jackson discovers what triggers cats to act out, then solves their issues. He has helped many families learn to love their feline friends just a little more and viewers learn new ways to resolve behavioral issues each week.

You can watch My Cat From Hell online without cable! Season 9 returns to Animal Planet on April 29.

Watch My Cat From Hell Online With Directv Now

DIRECTV NOW features the ability to watch My Cat From Hell and your other favorite shows at the regular air time. You wont even have to wait to watch them the next day! DIRECTV NOW is a streaming service offering over 60 channels for $35, including Animal Planet. You can get up to 120 channels depending on the channel bundle you choose to fit your budget. By going with DIRECTV NOW you dont miss out on your favorite shows you can live stream or watch them on-demand!

You can watch DIRECTV NOW in any room of your house using a streaming player or compatible app. It can also be used with your internet browser. This means that you can take DIRECTV NOW with you wherever you go because it has few mobile restrictions.

You dont need a satellite to enjoy the streaming service that has minimal streaming restrictions and a cable-like guide for user friendly accessibility. Learn more about the benefits of DIRECTV NOW in our review. DIRECTV NOW offers a 7-day free trial so that you can try it before you make a commitment.

Don’t Miss: How To Train A Cat To Do Tricks 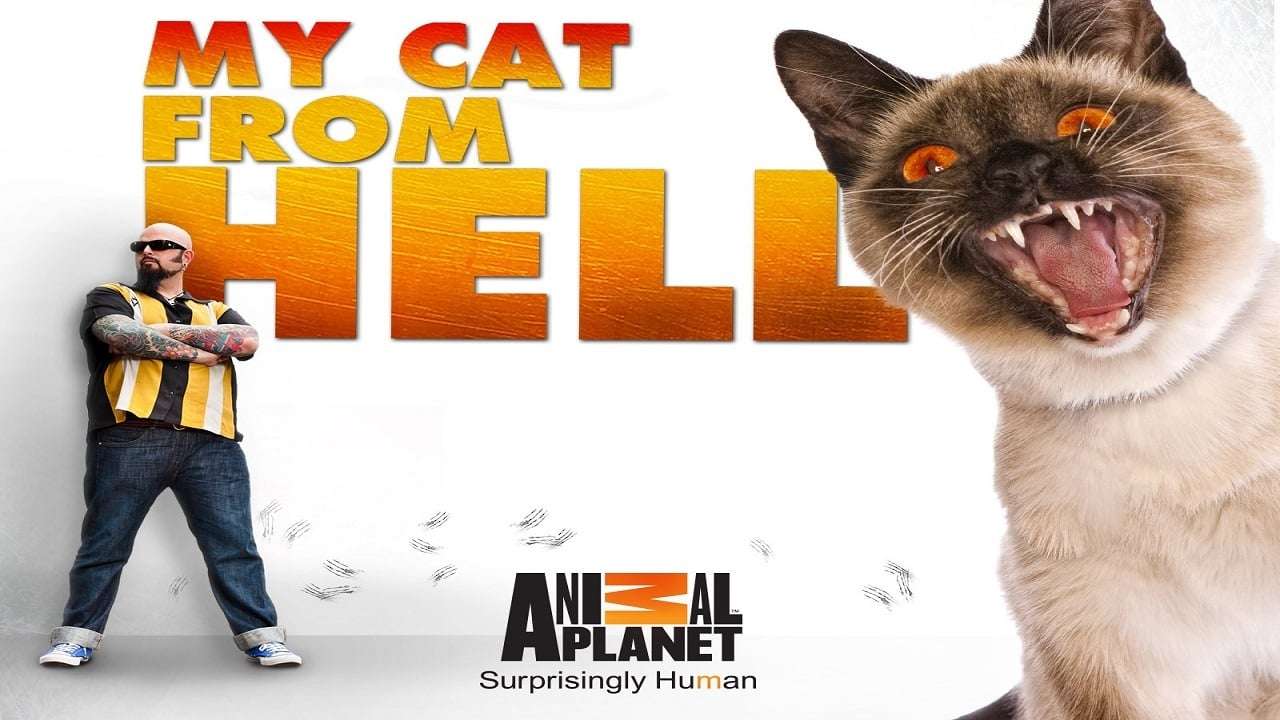 Information about how Jackson first started working with cats is shared on the Jackson Galaxy Project website. He started volunteering at an animal shelter in an entry level position but soon discovered that he shared a special bond with the cats in the shelter. He felt that he was able to connect with them in a way that he did not expect, and this was the beginning of his career as a cat behaviorist.

You May Like: What Is A Cat’s Normal Heart Rate

Fans Would Have Noticed Jackson Losing Weight With Each New Season

When you watch old seasons of My Cat From Hell back it is easy to see how much weight Jackson has lost since the show began, and he was not even at his heaviest weight at this point. He once weighed over 400 lbs and underwent gastric bypass surgery in 2007. After the surgery he lost around 150 lbs, although he did regain some of this weight when he stopped smoking. His wife has been vegan for over twenty years and when he adopted this lifestyle he was able to lose even more weight.

How To Keep A Cat Indoors

Drontal For Cats Over The Counter

How To Stop A Kitten From Crying At Night

Where Can I Get My Cat’s Teeth Cleaned

What Does It Mean When A Cat Hisses At You

How Many Seasons Are In Sam And Cat

How To Drain A Cyst On A Cat