My Cats Hate Each Other

How To Hold A Kitten

Can You Give Cats Almond Milk

Are Dogs More Loyal Than Cats

How To Know If Your Cat Is Spraying

A Change Of Environment Stresses Your Cat Out

My cats hate each other!!

Change is stressful, especially for animals who will not fully grasp the reasons behind the change.

Even a shift in furniture or decor can stress out a cat! Moving from one residence to another has been shown to stress out cats, as well. With stress inevitably comes increased levels of aggression, which can cause two peaceful cats to attack each other.

How To Stop Cats From Slapping Each Other

If your cats are slapping each other because of play and instinct, instilling scheduled and structured play times can help. A cat that has the same scheduled twenty minutes every day to hunt and pounce on its favorite wand toy or chase the elusive red dot may be less likely to slap its housemates for play. It’s important to remember that part of the fun of the hunt is catching the prey at the end. Laser pointers don’t allow for this, so if your cat loves playing with them, end each play session with tossing them a kicker toy that that can jump on and bunny kick to ‘kill’.

Keeping your cat up-to-date on its annual exams can help ensure there aren’t any illnesses brewing that may be causing pain or discomfort. Cats tend to be nervous at the vet, and it can be difficult for your vet to accurately assess them to see if there are subtle signs of arthritis. Get a video on your phone of your cat walking around or jumping up on things this can be a great help for your vet to determine if your cat has early arthritis. As your cat ages, consider starting them on a joint supplement. Your vet can recommend the best product for your cat.

How To Break Up A Catfight

When your cats are aggressive toward one another, it’s likely that a fight will break out at some point. To avoid escalating the brawl, resist the temptation to break it up physically. You’ll only end up bloody and scratched and potentially lose the trust of one of your cats.

Distraction is a better approach to stopping a squabble between cats. Loud noises can do the trick, but only if you’re out of sight, so you’re not seen as a third aggressor in the fight. Try clapping your hands, banging on a pot, or throwing a large, soft object like a pillow near the cats. If it’s frightening and distracting enough, it’s very likely that you’ll see the cats running to hide.

Will Cats And Dogs Ever Get Along

Appropriate introduction Cats can coexist happily with dogs if given time to get to know each other comfortably . When puppies and kittens are raised together, they generally quickly learn to tolerate each other, and some cats and dogs play together or even take a nap to become real friends. Grow up. 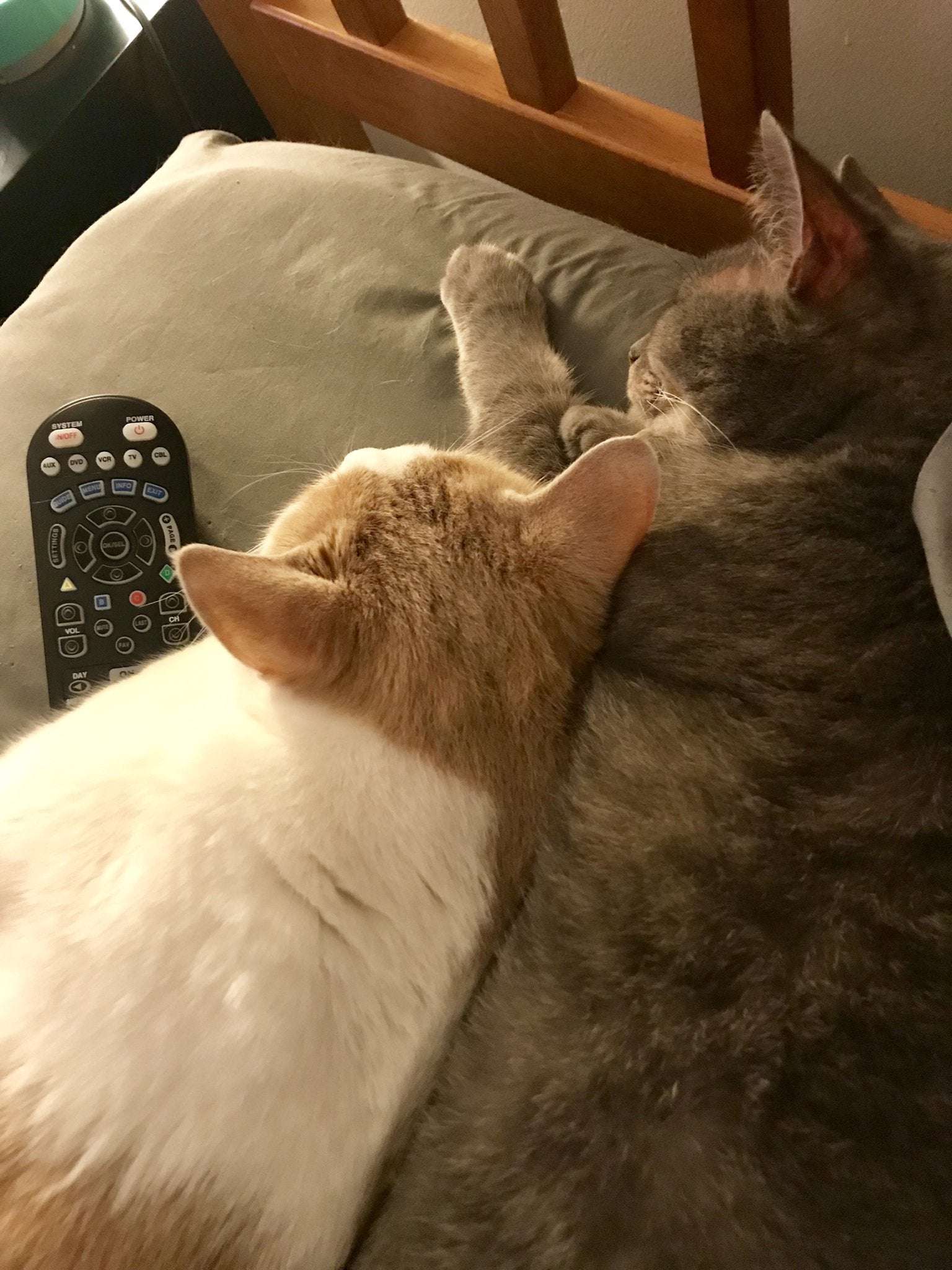 Not all friendships are meant to be, of course. If your cats just don’t seem destined to be the best of buds, there are some steps you can take to manage their aggression, according to the ASPCA, including:

Cats have glands in their cheeks that produce pheromones, chemical substances that can help to relieve anxiety and that provide information about the cat producing those pheromones. When your cat rubs his or her cheeks against a wall, chair, or your leg, pheromones are left behind. Some cats respond very well to the use of a synthetic pheromone spray or diffuser, products that you can buy in pet supply stores. Because of its calming effect, this product is sometimes effective in helping to reduce aggressive events.

If these techniques do not solve your cats problem, please seek the help of your local shelter, a veterinarian, or a behaviorist. Be patient. It takes time for cats to learn how to behave aggressively, so it will also take time to teach them that you do not want them to behave that way. In most cases, providing them with adequate playtime and social interaction and learning how to head off aggressive incidents will resolve the problem.

How Can I Tell If My Cats’ Fighting Is Serious

Many cats will enjoy play fighting and will chase each other, roll around and bat each other with their paws.

The key difference between play fighting and real fighting with cats is noise. Play fighting is usually silent, with plenty of pauses as each cat repositions themselves. Any biting is gentle and doesnt cause injury or pain and claws are usually retracted.

Play fighting can, on occasions, escalate and if your cats start hissing or screeching this may indicate that one of them is getting a little too rough.

When play fighting, both cats will also go back to normal afterwards with no obvious tension between them.

If your cats are fighting every time they see each other for example, this is an obvious issue, but some other signs of real fighting might be harder to spot.

If cats are fighting or are tense around each other this can be very distressing. Distressed cats might develop physical symptoms such as bladder problems, or behavioural ones like going to the toilet in the house. Its not always easy to tell if your cat is distressed as they are very good at hiding their feelings, so its always best to keep a close eye out for any changes in behaviour and seek advice from your vet.

Cats Don’t Get Along After Surgery Or Vet Visit

Its common for cats in the home to act differently toward a cat that has returned from a vet visit. Cats communicate and share a common scent when they spend time together under the same roof. When a cat comes back from a visit to the vet where he has been handled by strangers or treated with medicine that smells funny, he is covered in a “new” scent that the cats at home find strange. This causes them to react to the cat that was at the vet as if it were a stranger. Hissing, growling, tail puffing, swatting, or even fights are possible reactions.

Fortunately, this usually resolves itself within a day or two once the vet office smell wears off, and the cats return to their normal routine.

How Do I Stop My Cat From Hating Other Cats

AFA asks Jackson Galaxy: Why do my cats suddenly hate each other?

While some cats are natural loners and will never fully get along with other cats, there are steps you can take to minimize any aggression your cat may display.

Make sure your cat has a place she can retreat to when shes feeling stressed. Your cats should also have their resources. In other words, please dont make them share food or water bowls. If worst comes to worst, know that a professional pet behaviorist is only a phone call away!

Signs That Cats’ Fighting Is Real

There are a few different signs that your cats are fighting or not getting along:

If you notice any of these behaviours, you should contact your vet. It may also be worth asking them about a referral to a cat behaviourist who should be able to help with your situation.

According to the ASPCA, it can take eight months to a year for cats to develop friendships. Some will learn to love each other, but you might have to face the reality that not all cats will get along. They will usually try to avoid each other if a friendship doesn’t develop, but sometimes fights break out and, unfortunately, persist until one cat has to be re-homed.

What Do You Do If Another Cat Is Fighting Yours

Sometimes, when your cat is wandering outside, they could be attacked by another cat. These attacks can be systematic: owners have stories of a single cat that keeps fighting their cat every time they go outside. This is especially worrying if your cat is mild-mannered and gentle, and is unlikely to fight back. The injuries from these fights can require several trips to the vet and can be worrying.

The best solution for how to stop cats from fighting in this situation is to keep your cat indoors. Letting them out after dark can be especially dangerous.

If you cannot keep your cat indoors, you can try and find out if the other cat belongs to someone and if that cat can be controlled. Alternately, when you hear your cat is in distress, go outside to help. Most strange cats will run at the sight of a human, so you may not have to do much to stop the fight except turn up.

How To Get Your Cats To Like Each Other 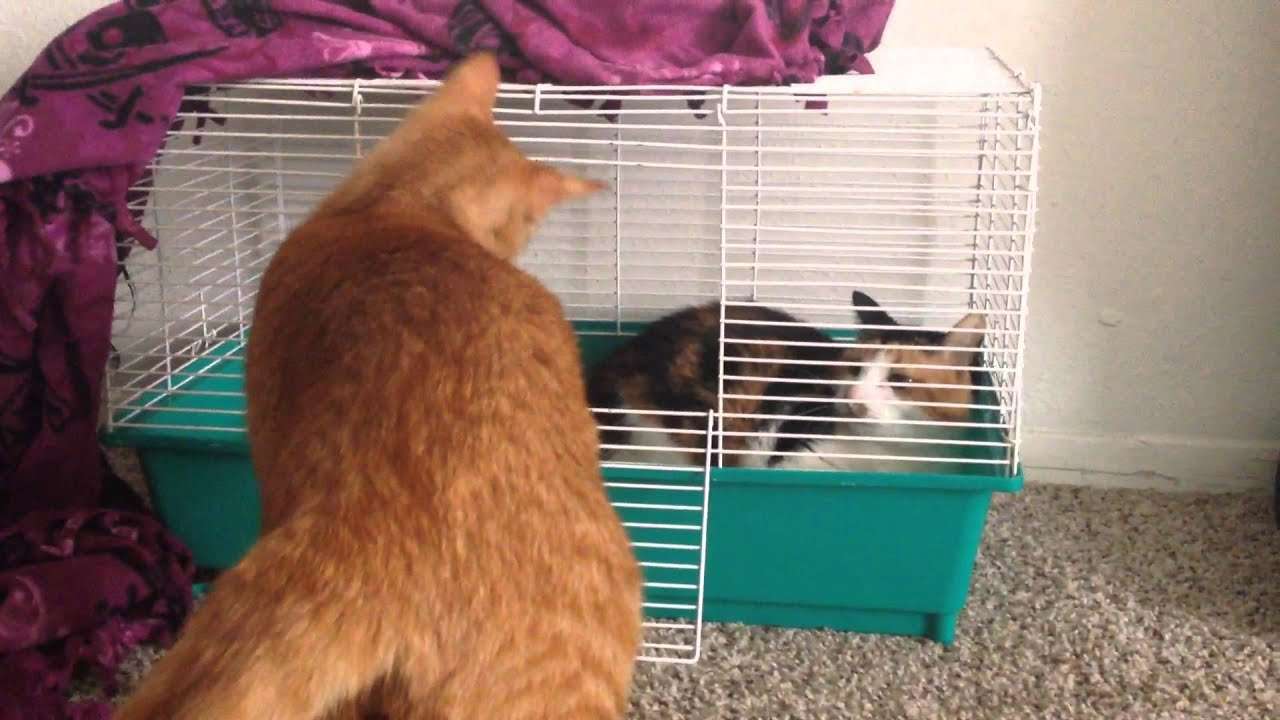 Recognizing The Triggers That Cause Cat Fighting

Next, think about the triggers that might be causing the fights. For example, your cats may fight when both want attention from you, or they may become territorial and fight over preferred resting places, or they may fight when they see another cat outdoors.

Before you reintroduce the cats , create a plan for how to minimize the triggers that cause fighting. If the cats primarily fight over resources, such as access to food or resting places, provide them with abundant resources. Since a cat will find it much more difficult to guard four food bowls rather than one, aggression is much less likely to occur if you provide more bowls. If the cats attack each other after seeing another animal outdoors, block visual access to the outdoors. Opaque wallpaper for windows works well in this situation.

If the cats are fighting over access to and attention from you, you can teach them that this behavior is not rewarding, that it drives away your attention instead. You can do this by paying close attention to the warning signs of anxiety and aggression, which include dilated pupils, growling, a direct stare at the other cat, tense body posture, and a swishing tail. When you see these signs, get up from what you are doing and leave the room. The cats will be left with nothing to fight over.

Some territorial aggression exceeds what is considered by most to be acceptable. These cat bullies are often described as despotic as they appear to actively seek out territory defended by others to claim it as their own. They will enter houses, located over a wide area, attack the resident cats and spray mark vertical surfaces with urine before departing. The victims rarely fight back as a despot will choose them wisely and often pick relentlessly on the old, infirm or timid cats in the neighbourhood. In the UK some pedigree cats, such as the Burmese and more recently the Bengal, represent a surprisingly large percentage of the reported perpetrators. Entire tom cats are also likely to behave in a similar way as will any domestic non-pedigree that is particularly territorial.

This can be extremely distressing, particularly as attacks occur within the cats own home, and there is always the temptation to demand that steps be taken by the owner of the bully, as that person is solely responsible for preventing future attacks. It is entirely appropriate that these measures are put in place, but the unpopular truth is that the victims owner must also take reasonable steps to protect his or her property. The victim cat is clearly unable to deter intruders or defend its own territory so the owner has to intervene in this case.

Why Does My Cat Squint At Me

How To Attract Cats To Your House